is delighted to announce Geoffrey Sherington as a keynote speaker at the upcoming conference in Port Mcquarie from 21-22 November. 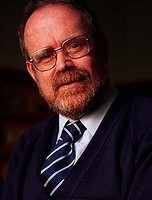 Geoffrey Sherington is an Emeritus Professor of the University of Sydney where he was previously Dean of the Faculty of Education and Social Work. Over the past 40 years he has been author or co-author of 20 books and 60 research articles and book chapters. He began his career as a university tutor in history, completing a Master’s degree in Australian history and a PhD in Canada on the topic of the history of education war and social change. Since then he has been progressively Lecturer, Senior Lecturer, Associate Professor, Professor and Dean of Education at the University of Sydney. He has published extensively on the history of schools and universities, youth policies, and Australian migration  including child and youth migration. He has contributed many entries to the Australian Dictionary of Biography. He is a fellow of the Royal Australian Historical Society and a Fellow of the Royal Society of New South Wales.

Born and educated in Edinburgh, Alexander Mackie has long been recognised as one of the most significant and influential figures in twentieth century Australian education. Previous accounts of Mackie have concentrated on his period at Sydney Teachers’ College where he was founding Principal (1906-40) and inaugural Professor of Education at the University of Sydney (1910-1940). This paper is transnational in purpose with a focus on changes in nineteenth century Scottish education that Mackie  experienced before he arrived in Australia. These changes built upon the traditional status of the teacher in Scottish society to establish teaching as a profession associated with both the universities and teacher training colleges. Influenced by German philosophic idealism, by the 1890s Education in Scotland  was accepted as an academic discipline within Scottish universities. A graduate of the University of Edinburgh, Alexander Mackie was part of an early generation of academics in the field of Education. He soon became part of a Scottish academic diaspora which shaped institutions and ideas within the Empire. In Sydney, Mackie was part of a Scottish network for change forming an alliance with Peter Board, the Director of Education, and the University’s Professor Francis Anderson who was associated with the spread of Scottish idealism throughout the Empire. The University and College  cooperated to establish Education as a discipline and teaching as a profession underpinned by a programme of research. By the 1920s, the Teachers’ College in Sydney was part of a transnational approach in Education embracing not just Scotland but American progressivism.

© 2020 Australian & New Zealand History of Education Society
Back To Top
×