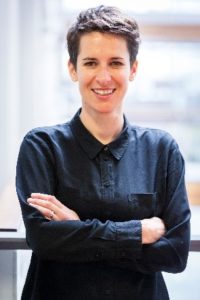 ANZHES is excited to announce Tamson Pietsch as a keynote speaker at the upcoming conference at Port Macquarie on 21-22 November. 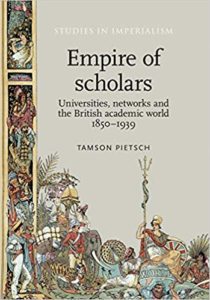 niversity of Technology Sydney. Her research focuses on the history of ideas and the politics of knowledge in the 19th and 20th centuries. Tamson is the author of : universities networks and the British academic world, 1850-1939 (Manchester, 2013) and host of the History Lab podcast. She is currently leading a project on the history of expertise in interwar Australia and finishing a book on the Floating University.

Experience, expertise and untold story of the 1926 Floating University experiment

In September 1926, more than 500 Americans left New York for an eight-month educational cruise around the world on a ship called the “Floating University”. The voyage was the brainchild of NYU’s Professor of Psychology, James E. Lough who, influenced by the new educational movement, believed that American college students would learn about the world if their lessons were based on their own direct experience of it. As well as a full curriculum, he organised visits to foreign dignitaries including Mussolini, Gandhi and the Pope, and stops in 47 ports. But Lough’s voyage was also beset by trouble: reports of sex, alcohol and jazz made their way back to an American press hungry for scandal and the Floating University became a byword for what could go wrong with educational travel. This lecture takes another look at the Floating University and suggests that, as societies across the world face the challenge of democratic distrust, its legacy is one that universities in 2019 would do well to heed.

Deadline Extended! Exciting opportunity to have a real impact on the future of our field: Call for New Editor/s: History of Education Review

17-19 November, 2021 The University of Melbourne, Victoria, Australia   The full conference program can…

© 2022 Australian & New Zealand History of Education Society
Back To Top